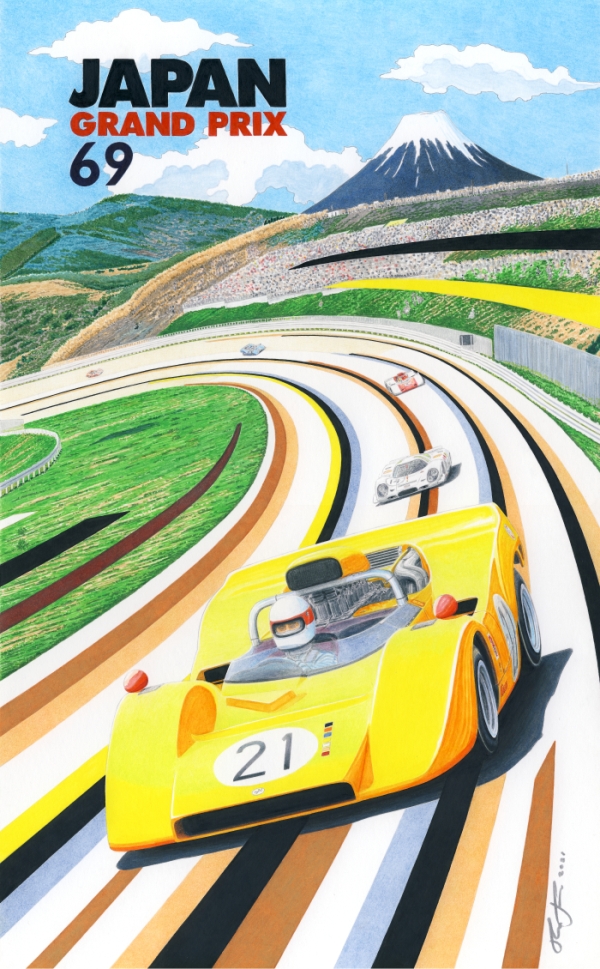 1969 Japan Grand Prix was the zenith of early sportscar racing in Japan, with Nissan and Toyota involved in heavy competition. At the annual event on the Fuji racetrack Nissan was able to prevail, due to its mighty Nissan R382, with it’s 6 liter engine. Motoharu Kurosawa was the eventual winner of the 720 kilometre long race in the nr.21 yellow painted car.

Original artwork is for sale (475 euro)

Toyota fought valiantly during the LeMans 24 hour race in 1999 and came close to winning the race. During the final hour of the race, the lone GT-One nr.3 was chasing the remaining BMW for the lead, but while lapping traffic, it suffered a tire failure, and was forced to slowly make its way around the track to return to the pits for a new set. In the process the GT-One lost the chance to challenge for the lead, and thus lost the race. The lone GT-One would come home 2nd overall, one lap behind the winning BMW.

The video of the tire burst is bellow: