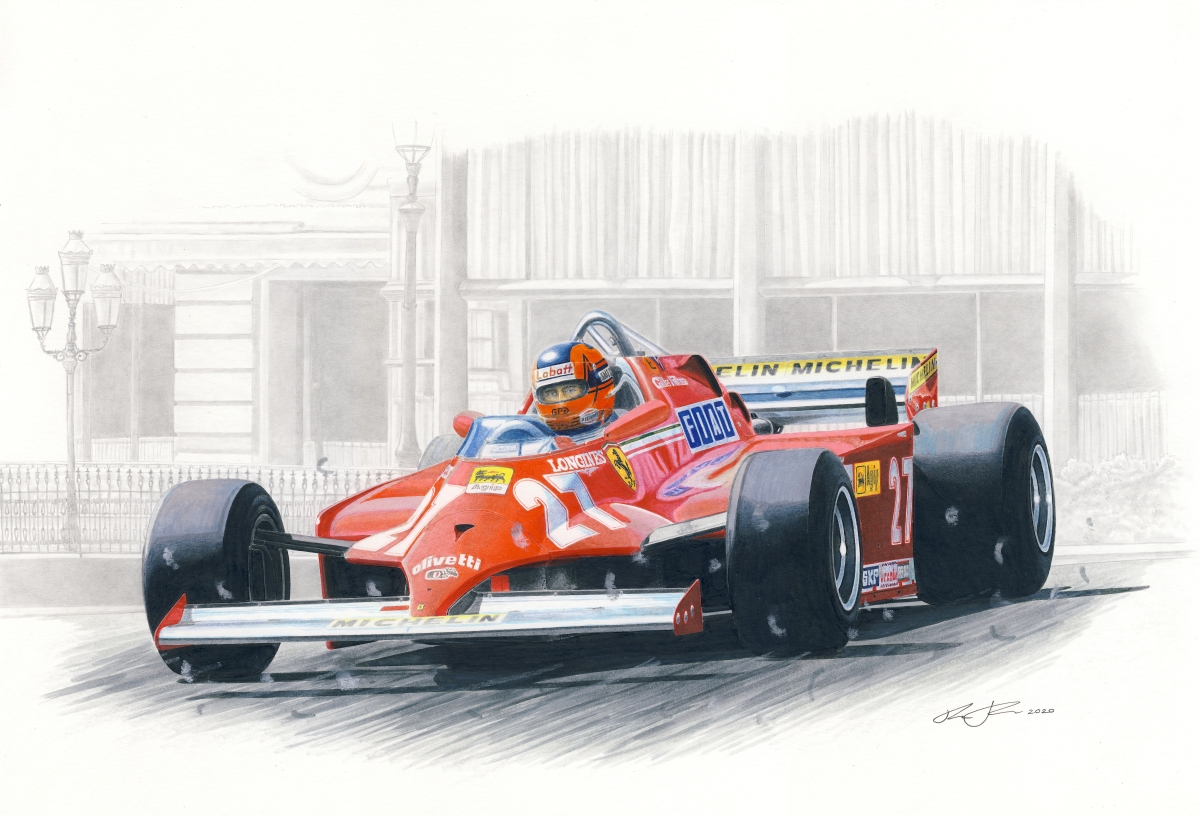 The start of the Monaco 1981 grand prix race was delayed after a fire in the Loews Hotel kitchens, which necessitated the fire service pumping large quantities of water to put the fires out. Water then seeped through the floors of the hotel and into the tunnel, delaying the race for an hour. Nelson Piquet led for much of the race, but crashed out late on. New race leader Alan Jones then suffered a fuel feed problem in the latter stages of the race, allowing Gilles Villeneuve in his Ferrari, to take his first victory since 1979 as well as becoming the first, and to this day, the only Canadian to win in Monaco as well as the only driver from the whole of North America to win in Monaco.

Markers and crayons on A3 size paper.